Start a Wiki
The Hoppadrome is located in Elysium west of Fountain Square. Both solo players and groups can go into the Hoppadrome via the portals but tickets are required for battle. Four silver tickets are requred for solo and four gold for groups. Players will speak with the Trialmaster to get started. Once the tickets are turned in, a new portal will open for players to enter. This will take them to the battle arena.

Gold tickets can be traded in for silver ones at the Hoppadrome vendor if the player has them and would prefer to do the solo version.

The Hoppadrome is a large indoor platform on which players will fight against poweful Dragomon bosses. The selection is completely random. The loot is also random but will come from that specific boss' loot table with a chance of dropping rare items. Each concurrent fight will require four more tickets that players will be able to redeem inside the building.

"The Hoppadrome is THE place for criollos to get their fill of entertainment most savage! Hunters step into the ring and take on ferocious beasts in a battle of strength and will! Look no further if you are on the lookout for thrills, chills, and the occasional blood shower! After all, these fervid fiends have mås dientes que una pelea de perros!"

Inside the main entrance through the portal (solo) 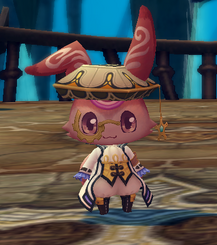 Battle Arena in Hoppadrome with random boss
Add a photo to this gallery
Retrieved from "https://dragomon-hunter.fandom.com/wiki/Hoppadrome?oldid=9147"
Community content is available under CC-BY-SA unless otherwise noted.